The best part of my job is working with people I'm sure will take professional bat work and ecology to the next level in the future and helping them to move their careers forward. Here, Ash Ronaldson describes her first summer with us as a seasonal field ecologist.

First, a quick introduction: I’m Ash, a mature student in the final year of my BSc in Ecology. I’ve worked and volunteered in many different sectors and roles over the years, but a career involving bats in some way has always been the dream. It took me an awfully long time to discover that bat surveying is an actual, real thing that I could get paid to do, but here I am at last! I enjoyed my first season so much that I wrote a little about it on my LinkedIn, and David kindly invited me to expand on that here.

I couldn’t have dreamed up a more perfect summer job if I tried, nor a better company to start my ecology career with. I’ve learned more in these three months than I imagined possible; from bat ecology, calls and legal protections, to what goes into a survey report, how bat consultancy “works”, and radio tracking. 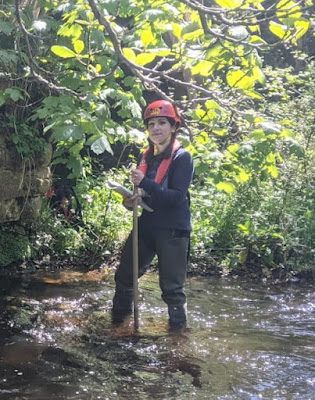 One of the biggest highlights was getting to see swarming behaviour during dawn surveys - I always knew that bats communicated to make group decisions about roosting locations, but I had never seen the process in action before. A bat will land briefly (indicating potential roost location) before speedily taking off again, somehow managing not to collide with all the others flying around it. This can continue for a while, sometimes with a few bats choosing to enter the roost or all going somewhere else entirely. On these surveys, my job was to keep track of the location of roost entrances (or exits on sunset surveys), counting how many bats entered or emerged from the area of the building I’d been assigned to watch. I have to say, this is far easier said than done when there are multiple roost entrances, hundreds of bats flying around you, and you’re a bit busy grinning like an idiot because it’s your first swarm and you can’t believe you’re really being paid to stand there.

Every surveyor has a detector with an earpiece, and we are given lots of training before embarking on surveys so that we can identify any species of bat present. It can be tricky though, and this is where surveys with multiple species (my record is five in one night!) were a particularly helpful treat. No amount of listening to online clips compares to having several species fly past you one after the other - suddenly the differences between calls “click” into place (somewhat literally!) in your mind. 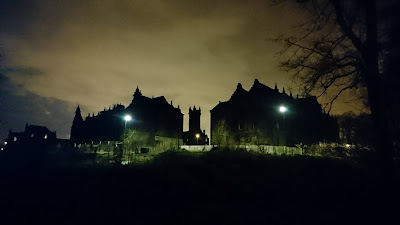 (Photo by Scott Bland)
Also helpful with this learning curve is the way that surveys at DDAL (David Dodds Associates Ltd.) are run; when anyone sees or hears a bat, this is communicated via radio to the lead surveyor who is roaming between us. I picked up some great ID tips this way – if someone was unsure what they’d heard, they would describe the call, and the lead surveyor would help identify the species. When I heard the same call on my own detector later, I was able to identify it.

What I hadn’t expected was the lead surveyor spending time with each of us during almost every survey, and how invaluable these chances to chat with more experienced ecologists would be for me. I’m one of these people who craves knowledge; the more I learn, the more questions I come up with (and I had plenty to begin with – sorry, team!). Thankfully, it’s easy to learn from people so passionate about their work and happy to share their experiences. I enjoyed this immensely. 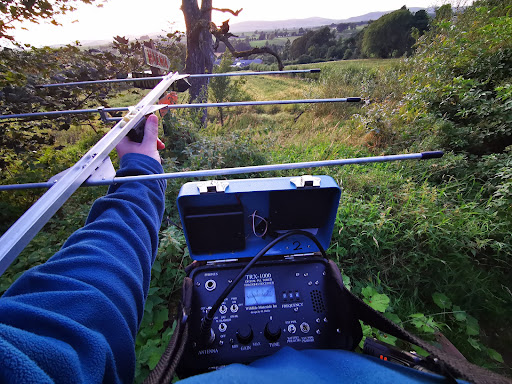 To wrap up the season, I had the privilege of (voluntarily) participating in some bat radio tracking. To facilitate this, a tiny radio transmitter is carefully attached to the bat’s back (by appropriately trained and licenced professionals), and the bat is safely released where it was found. The challenge for the team each evening - paired up for safety and with radios for communication - was to use receivers with large antennas to track down the location of our roosting tagged bats, then follow them as they left to see where they would forage and eventually choose to roost for the night. Up and down hills, over rough terrain and slipping in mud we went, sometimes losing the signal several times in an evening, and wandering around in circles in the dark or triangulating with another team to find it again. Much as I grumped about the hills, it really was a lot of fun!

Sadly, the 2021 season has now come to a close. Although some nights were less enjoyable than others (drizzly urban surveys with far more humans than bats, for example), I genuinely learned something new on every single one. Being part of such a welcoming, supportive team has been a privilege, and I can’t wait to see what next year holds. 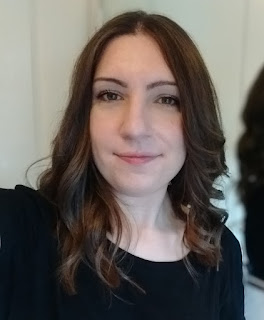