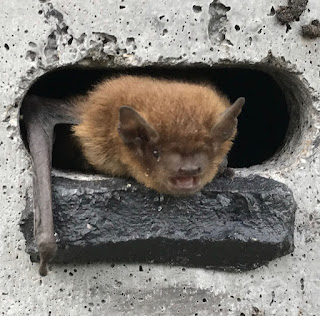 So you’re not at all keen on bats?
You seem to confuse them with rats,
Or birds or possibly cats.
Your thoughts on the matter,
Are mad as a hatter,
If unsure, why didn’t you ask?

Bats will get caught in your hair?

To the bat that’s really not fair,

And factually lacking in care.

Is a load of old pish,

Though your truth-twisting’s done with real flair.

You firmly believe a bat ought,

For sucking of blood to be shot,

The thing it just ‘et,

Was a midge and not you, you clot

Your hatred of bats I hear,

Is drip-fed by the press in your ear,

And based on irrational fear.

If only you’d see,

The world would be better, that’s clear.

Keep up to date with the latest posts Facebook.com/Davidsbatblog
Posted by David Dodds at 11:50 No comments:

Winter - when the gods of bat-work get sneaky

I’ve written previously about the gods of bat-work, the horde of devious and mischievous god-lets, who supervise all aspects of bat-work and amuse themselves at our expense. As we move towards winter bats begin to think about hibernation and bat ecologists relax. But the bat-gods stay awake. Without wakeful bats and busy surveys to interfere with they seek new ways to entertain themselves through the dark, damp days of winter… 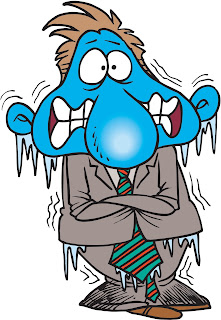 They shift their attention from field-work to cosy offices, to seek ways to entertain themselves. Whilst we make the most of the warm and dry they are quietly poking about in our cupboards, drawers and storage boxes, seeking out bat detectors. With great glee the bat god of batteries changes our nice Duracells and Eneloops for manky old leaking horrors, so that when spring comes and we dig out our nice shiny bat detector we find it's battery compartment awash with disgusting chemical gunk, rendering the detector useless.

Winter report-writing makes the bat-god of computing very happy. Over the years he has had to change his tactics, since auto-save robbed him of his favourite trick: making the lap-top crash with several hours of work un-saved. Now he has branched out into messing with broadband connections, so that just when you are trying to upload something big to the cloud, the bandwidth drops until it seems like the rest of your life will be spent, staring at that damned rotating circle.

Bat call analysis software allows the bat-god of echolocation many opportunities to have his fun. Almost daily the Insight and Kaleidoscope Facebook groups have plaintive messages from people who have found their favourite package doesn't work how it did yesterday in some subtle, frustrating and inexplicable way. Inevitably we blame the latest software update for those wasted hours, but the bat-gods know better.

This disgraceful bat-free happiness infuriates the bat-gods, who believe that we should be entirely focused on them at all times. Inevitably their vengence is devious and nasty. Remember that office party when your 'hilarious' secret santa gift bombed horribly? Who do you think it was who whispered that idea in your ear? When you've a hot dinner date and your car won't start, it's not the cold weather wiping out the battery - there's a giggling little bat-god under the bonnet. And when you’re trudging miserably through ice, slush, hail and freezing cold, never forget it all exists simply because the gods of bat-work want you to look forward to the next survey season!

More about the gods of bat-work:

Ignore the gods of bat-work at your peril

Further news from the gods of bat-work

The squircles of bat-worker hell