One of the interesting things about writing this blog is that the imps who run these things (any Terry Pratchett fan can tell you that all technology is actually run by tiny imps, who are usually very efficient, but can develop "attitude problems") generate clever reports that tell you about the people who look at your site: what countries they come from, what links they followed to get here and so on. An especially interesting part is what people type into Google before being directed here and it's intriguing how many people Google "bat mite" and "bat bug"!

One person recently Googled "are heterodyne bat detectors crap?" and ended up here. It's actually quite a good question and I thought I'd try to provide a relatively straightforward answer. In a word the answer is "no". However that doesn't mean they are ideal for every application. For example, for commercial bat surveys I wouldn't dream of being without a heterodyne detector, but it would be a very poor standard of survey if that was all we used. So let's consider why. 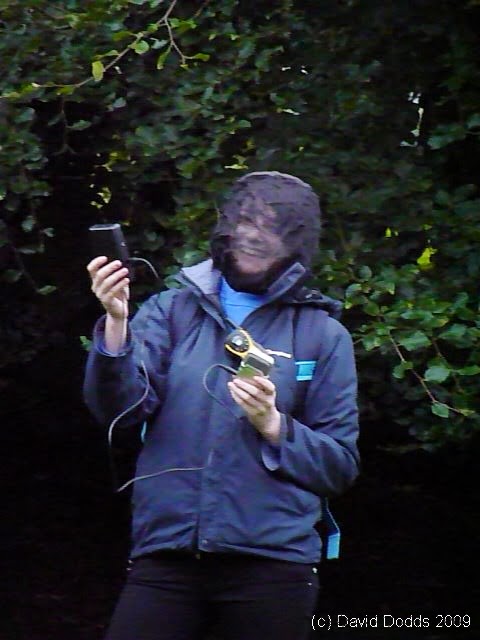 A wise man once said that the problem with watching bats is you can't see them and you can't hear them. That's not entirely accurate, but it is basically true. Most European bat calls are ultrasonic, pitched between about 15kHz and 120kHz, depending on the bat species. For most of us 15kHz is close to the highest frequency we can hear. Our maximum varies, depending with age and gender - younger people can hear higher pitched sounds, and women usually have a higher range than men (so I get the short straw on both fronts!). So, if we want to hear bat calls we have to employ electronic means to reduce the frequency of the calls to something we can hear.

If you think back to high school physics classes you'll remember that sounds comprise a flow of waves. The more waves in a given time, the higher the frequency. So what we need is a machine that can reduce the number of waves so that we can hear the bat's call, whilst making it sound as much like the original bat call as possible. There are essentially three ways of doing this. Our unknown Googler's underlying question was probably "what is the best type of bat detector to use?" and sadly there is no perfect detector. Each of the three methods has strengths and weaknesses.

Time expansion  is the purest method and devotees of time expansion bat detectors can be more than a little evangelical about them. The bat's call is replayed at a slower rate (often ten times slower), thus reducing it's frequency. Time expanded calls tend to sound a little like bird chirps and are a perfect representation of the original bat call, making them excellent for computer-based call analysis.

Frequency Division is the third method and reduces frequency by removing a proportion of the waves, often leaving one in eight or one in ten. What is left is a "broad brush" picture of the bat call.

Heterodyne bat detectors mix the bat's call with the product of an oscillator and the two sounds together create a sound we can both hear and make sense of. They have a tuning knob, which allows you to select a frequency band to listen to. However the mixing process renders the output useless for analysis. Most better FD and TE detectors have a heterodyne detector built in as well, so you can have the ease of listening to heterodyne, whilst recording FD or TE for later analysis. A good example of this is the Bat Box Duet, which outputs heterodyne to the loudspeaker/headphones, whilst sending FD to the tape socket. 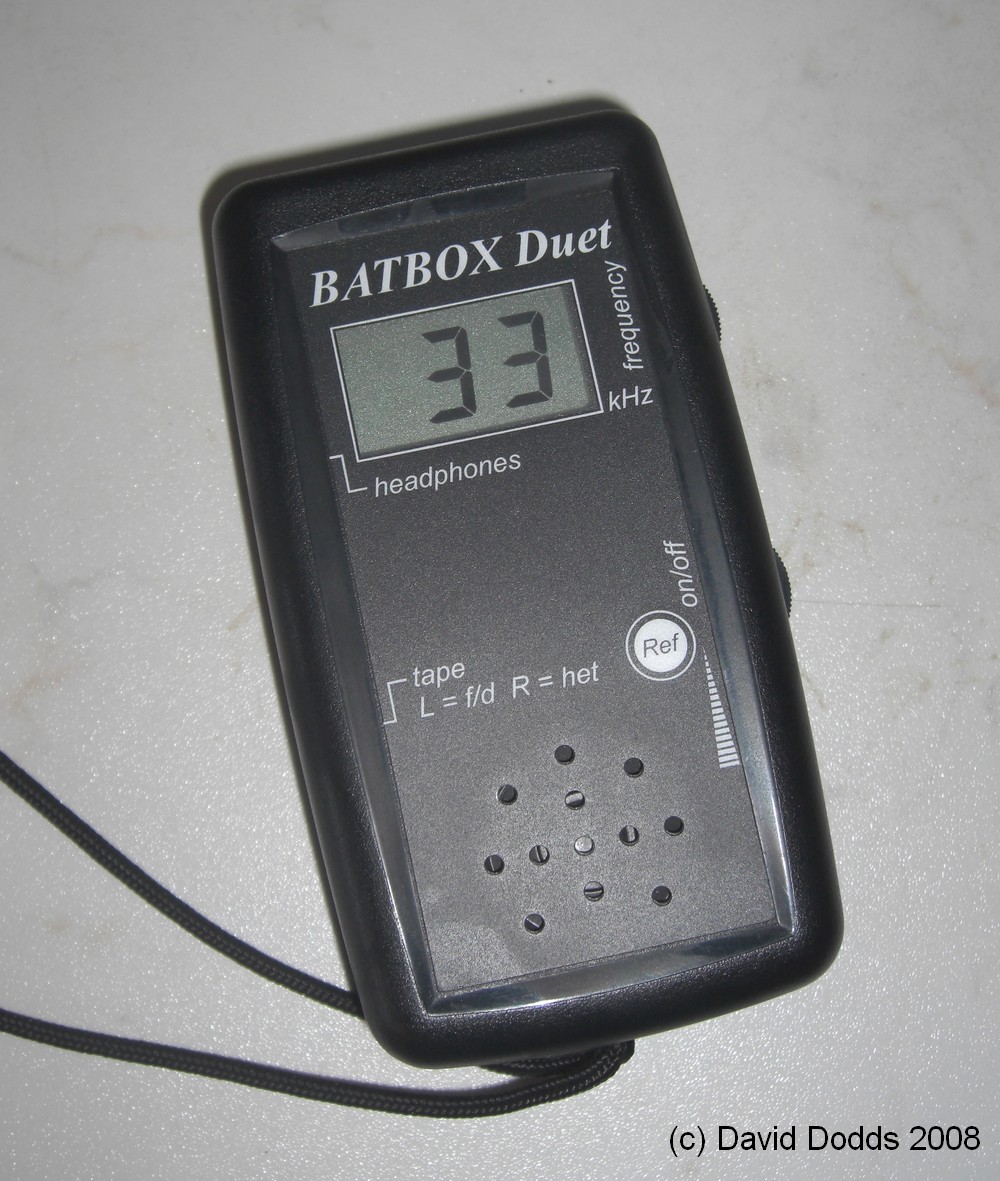 So, are heterodyne detectors crap? No, but when selecting a bat detector you need to think about what you're going to use it for and select the type of detector that best meets your needs and budget.

Listening to bats - The cheapest bat detectors are simple FD ones, which don't need tuning and thus will allow you to hear all the bats around you without fiddling with controls. Ideal for public bat walks.

Identifying bat calls in the field- For this it is often important to identify the frequency of different parts of the bat's call and for this a heterodyne detector is best.

Confirmation of species identification - To record bat calls for later analysis you'll need either a TE or FD detector. As a general rule TE give much clearer sonograms (a graph of the bat's call, plotting frequency against time) but are much more expensive, whereas FD results in muddier-looking sonograms but are far more affordable. (TE machines are often more fiddly to use as well).

Critical species identification - I always carry a TE detector, which I don't often use, but it's ready if I come across a bat which I think might be something unusual. The high quality of sonograms produced by a TE detector mean that I'll have the best chance of identifying the calls of that special bat!

So to return to the original question "are heterodyne bat detectors crap" the simple answer is no, they're a fantastic tool but depending on what you are trying to achieve you might want a higher level of equipment.

Keep up to date with the latest posts Facebook.com/Davidsbatblog
Posted by David Dodds at 20:21