The bat aviators of Portmoak airfield

You might think that flying a glider would have little to do with bats, but there are interesting comparisons to be made between man-made aircraft and bat morphology!

I fly at the Scottish Gliding Centre at Portmoak, near Kinross. In an articel I recently wrote for the club newsletter I compared the various bat species found on the airfield with types of aircraft in use. To help it make sense to a non-aviation audience I've added some footnotes and photos of the gliders described.

Apparently, Portmoak is the second busiest airfield in Scotland, after Prestwick. Unlike Prestwick, we only fly in daylight, but did you know Portmoak is home to another group of skilled aviators, for whom IFR flight (1) is the norm?

My day job is as a consultant ecologist, specialising in working with bats and several years ago I and a group of students spent some time studying the bats who make the airfield their home. We erected bat boxes around the workshop and caravan site to encourage bats to roost, set up passive acoustic monitors to record their calls and spent several nights using a large ‘harp trap’ to catch bats in flight (and release them afterwards). The outcome of this is that we now know that five bat species hunt around the airfield for the insect prey at night, one of them rare. They use ultrasonic echolocation to navigate and find their prey in the dark. 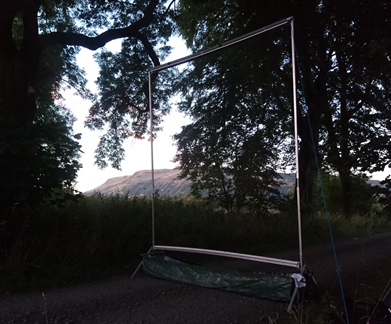 The 'Goliath' harp trap in place at Portmoak airfield, with Bishop Hill in the background.

The UK’s two commonest bat species are very similar (it was only in the 1990s that they were realised to be separate species) - the Common and Soprano Pipistrelle both hunt around the trees at the edges of the airfield and at the workshops. Think of these as the Schleicher K21s of the bat world (2) – widespread generalists with dependable, middle of the road flight characteristics. Like the K21, if anything is flying it’s probably one of them. Unlike the K21 they do us the service of hoovering up 2-3,000 midges each per night. 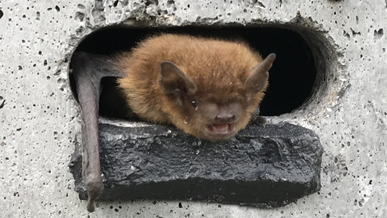 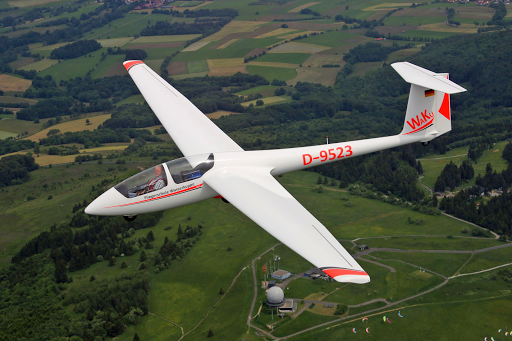 A K-21, a reliable and ever-present training glider, the Pipistrelle of the gliding world.
(photo credit Alexander Schleicher GmbH)

The rare species at Portmoak is related to them. The Nathusius’ pipistrelle is usually found near large water bodies and Loch Leven is home to a colony of them, one or two of whom are often to be found hunting above the track beside the caravan park. They often migrate over very long distances to hibernate, so possibly they equate to a Discus Turbo (3) in the hands of one of our cross-country pundits.

The Brown Long-eared Bat is also present at Portmoak, hunting amongst the workshop trees and is a bat with very different flight characteristics. As well as ridiculously large ears (so it can listen for insects) it is probably the K-8 (4) of the bat world. It has broad wings and a large tail surface, enabling it to fly very slowly and turn on a sixpence. This enables it to manoeuvre close to vegetation and pluck off insects to eat. Perhaps a step too far for members of the DRV syndicate (5) - bats don’t have to worry about being summoned for a ‘chat’ with the CFI (6). 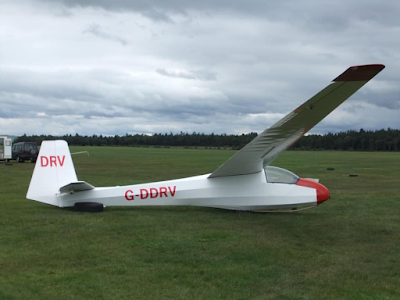 A highly specialised species present at Portmoak is the Daubenton’s bat. These are water specialists, hunting low over the Leven Cut for aquatic insects and scooping them from the water’s surface with their feet. I was struggling for a glider comparison, until I recalled that a Slingsby Falcon was fitted with floats during World War II and launched from Windermere by boat-tow. I understand it’s now on show at the Windermere Steamboat Museum. 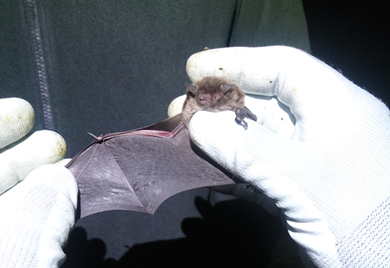 One Scottish bat species we haven’t recorded at Portmoak (it tends to be found mostly south of the Forth-Clyde line) is the Noctule, which is a shame, as I think it would feel at home. It’s Scotland’s largest bat, with a wingspan of 37-40cm, usually found flying high, catching beetles and other large flying insects. A powerful flier, it’s relatively long and narrow wings allow it to fly fast and cover long distances whilst hunting making it a good contender to be the ASH-25 of the bat world (7). 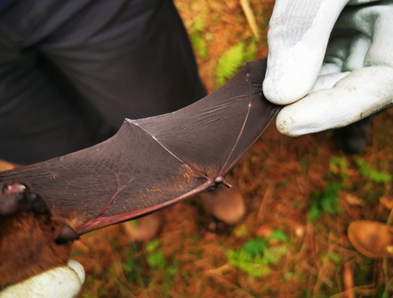 The powerful long wing of a Noctule 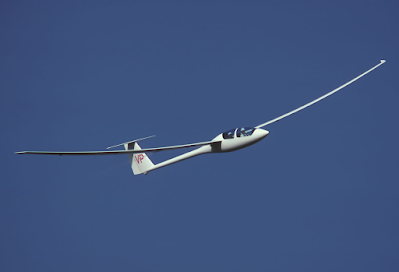 Keep up to date with the latest posts Facebook.com/Davidsbatblog
Footnotes
(1) Instrument flight rules - flying in the dark, fog, cloud etc.
(2) A very widely-used training glider, with benign handling characteristics. On days when nothing much else is flying there's likely to be one or two trundling around on instructional flights.
(3) A high performance glider, often used for long-distance cross-country flights.
(4) An old and much-loved glider type, built of plywood and canvas, with broad wings and slow, maneuverable flight.
(5) G-DDRV is a K-8 based at Portmoak and still flown regularly. I own a share in her and on a calm day she's a joy to fly.
(6) Chief Flying Instructor, the person responsible for flight safety and  a 'chat' with whom often means you've crossed a line somewhere!
(7) A very high performance glider - think Lamborghini with wings!
Posted by David Dodds at 20:43