What does the future hold for bat groups?

Like many licensed bat-workers, my journey commenced with membership of a local bat group. I was lucky enough to also get involved with a couple of research projects, which expanded my opportunities, but many of my earliest experiences with bats were gained by helping Lothians Bat Group with things like bat box checks, roost counts and hibernation surveys. 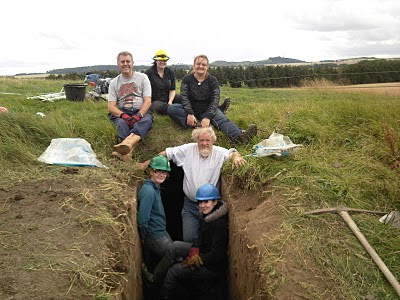 A group of delightfully mad Lothians Bat Group members, helping to convert a WW2 bunker into a hibernaculum.

Bat groups have long been at the heart of bat conservation: local groups of like-minded people, coming together to devote time to monitoring and conserving bats, to encouraging the public to understand and care about them and of course, to training new bat-workers and giving them opportunities to work towards their own licenses.

Success for bat groups has always been a hit or miss affair. Like most voluntary groups, it all depends on having enough people who want to put in as well as to take out; on people with organisation and leadership skills and most of all, on people who can spare some of that precious commodity, time. Groups need committees of people, able to work together to arrange events, drive the group forward and inspire others to take part.

When I was first actively involved Lothians Bat Group had the benefit of Dr. Stuart Smith, who ran the group as a sort of benign dicatorship. Stuart was a great combination of encouraging mentor and organisational demon, so much so that everyone was happy with the status quo and things went swimmingly, until Stuart retired and moved away. Happily, the group is still active, unlike in some areas, where groups have folded. Like so many voluntary groups we have a committee of very busy people. We all have lots of other commitments: family, children, work etc and inevitably the bat group has to take it's turn. I suspect we all feel slightly guilty for not doing more, but there are only so many hours in the day.

Many of us who hold bat licenses also work in conservation and consultancy and, let's be honest, you have to be phenomenally keen to spend five days a week working with bats and still be willing to go out and do voluntary bat work. Many of us do it, but when I think back to how much more voluntary bat-work I did before I worked in the field it's quite thought-provoking.

In rural areas it is even harder, as human populations are more thinly spread and greater travel is necessary to meet. In one region I've been involved in, the same faces were committee members of the local amphibian and reptile group, bat group and badger group, further diluting the available time and effort available to each group. Good on them for keeping the flags flying though!

I have a sense that bat groups today are not as active as they were a decade or more ago (I hope I'm wrong) and that is very worrying. The Bat Conservation Trust are active in encouraging and supporting people to set up new groups and in running projects intended to raise awareness and encourage the creation and development of bat groups. Here in Scotland we have had a series of highly active Scottish Bat Officers, funded by NatureScot, who have done some superb work.

So what's the answer? Bat groups are essential to successful conservation. If we don't have gangs of enthusiastic bat-fanatics manning stalls at events, leading bat walks and helping roost owners and if we don't ensure that the next generation of these members are being inspired and trained, who will take up the slack? The SNCOs don't even have proper funding for their core roles. The NGOs never recovered financially from the last recession and we may be heading for another.

It seems to me that the only way forward is for everyone who cares about bats to do what they can, to contribute where they're able: even the smallest contribution of time and effort is nonetheless a contribution. Perhaps in this 21st century world, when our lives are increasingly time-squeezed, there needs to be bigger committees of people taking on smaller roles within a group?

Or perhaps someone in south-west England (where he now lives) could hunt down Stuart and clone him for us? Lots of him.