Looking after your bat detector - guest blog by Andrew Dobson

Andrew Dobson is the UK face of Titley Scientific, the company which makes the Anabat range of bat detectors. I've known Andrew for over a decade and every time I meet him he always has some useful tip, or else a sad tale of us non-engineering ecologists ill-treating his beloved equipment. I persuaded him to distil some of these hints into a guest blog for us. 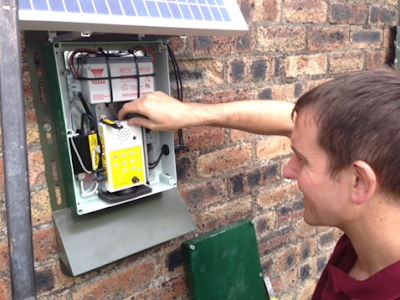 8 years ago, I found myself taking over Titley Scientific UK & European distribution, selling and servicing Anabat bat detectors. After emigrating to Australia in 2007, it was 2012 and time to come back to the UK - especially with the arrival of a new baby. Around this time, Titley Scientific was being taken over by the Australian company I worked for. They needed someone in the UK to look after things and I thought to myself, ‘why not?’ Moving to Australia in the first place was a massive risk, hence, coming back with a job opportunity this time was hard to refuse.

By this point, I had almost 20 years experience in electronics. Fortunately, this meant fixing Anabat bat detectors was relatively straightforward for me, just slightly different to work I had done before. As comfortable I may be with anything electronically related, I will admit that I am no salesman. Personally, I do not really believe people working with this equipment need a ‘shiny salesman’, but more of an honest and genuine person who tries their best. People like Chris Corben and Richard Crompton were around well before me, promoting all things Anabat. From this, the community was already aware of Titley products, which gave us the best chance of succeeding. In fact, everything was there for me. The only shortfall I could see was the technical expertise needed in the UK and hopefully I filled that gap.

Since starting, I have had some amazing experiences all over Europe and met many amazing people. In particular, I remember being in a cave in Portugal, where was told to close my mouth if I did not want bat pee in my mouth! This was definitely a highlight for me.

Like any career serving people, I have had the odd difficult customer or made the odd mistake, but in general I think I have done well. I try my best and most people appreciate that. Chris Corben is the brains behind the original Anabat kit and is still working hard to help along with the team in Brisbane. Chris cannot help enough and I will always be grateful for his help.

Within a few weeks of starting, I found “David’s Bat Blog”, and decided to make contact. David was a friendly and welcoming contact, so I gravitated to his hospitality. Back in 2013, we deployed a remote download system and solar panel near him, which recorded bats all year round  – I never quite managed to get a go in his glider but hopefully there is still time for that :-)

8 years in and I have probably taken apart more bat detectors than most, so when David asked for a guest blog post it made sense to try and make it useful and talk about what I know (not bats!). Here are some pointers to help folk care for their field kit and avoid common errors:

Disclaimer: I only work on Titley products, but in general all bat detectors on the market need a sensitive microphone element and run on batteries, so this info is useful for most bat detectors regardless of brand.  Also, the vast majority of units sold do not fail, I am only talking about a very small number. 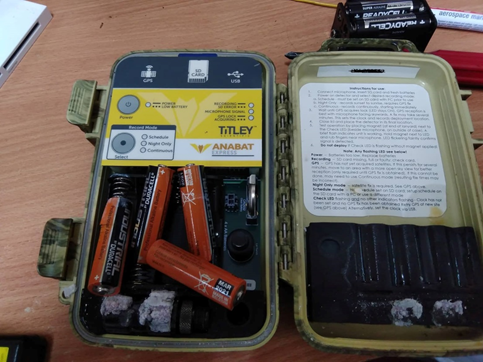 Leaking alkaline batteries and resulting damage in an Anabat Express

Alkaline batteries leak, that is pretty much it. If you would like to use them then that is always the risk. This is mainly due to being run flat, left in kit or get too hot. Electrolyte comes out and eats everything it its path. SD1’s were forever coming back with heavy corrosion. I soon found out people thought leaving them with AA’s in all winter was a good idea as it prolonged the life of the clock battery. This is, in fact, the absolute worst thing to do, as they eventually run flat and leak. There was some myth that leaving them would prolong the clock battery, but this is only true if the unit is turned on. Now we have the Anabat Swift, this has amazing battery life and can work on 4 or 8 AA’s. The downside is, if you fit 8 AAs and have just one the wrong way, it will work fine due to the voltage still being within the correct range, but that one alkaline fitted backwards leaks immediately and can really damage the detector.

If you must use Alkalines, here are some musts!

1.      Check and double check they are fitted in the correct orientation.

You can even see what the battery voltage is in the menu, so maybe its worth spending a few seconds checking its around 12v with new batteries.

I recommend Eneloop rechargeables where possible, and to clean the contacts with a pencil eraser from time to time. If you cannot get Eneloop, stick with well-known brands. Why risk buying “amazing value sponsored batteries” that Amazon are trying to push on you?

By definition, microphones are delicate sensors that convert sound waves into an electronic signal.  Pointing one of these to the sky for 6 months in all weather, and expecting it to be consistently sensitive from start to finish is probably a mistake! All manufacturers say, “weatherproof/waterproof”, but also caveat that with, “avoid something or other”. In my experience, it is best to avoid all rain to get the most out of them. Obviously, this is not always possible, so pointing away from prevailing weather and slightly down (omnidirectional mics pick sound up from all around anyway) is your best bet. Water building up on the microphone will also block the sound from getting through until it dries out, so your recording quality will suffer. Make sure you read and follow any microphone care instructions provided with your equipment.

Most passive detectors (the type that you leave out in the field) are now waterproof, so prevent wetness getting inside. This generally means they are pretty good at preventing moisture getting out as well (some now have vents for this). Opening them in the pouring rain, then getting the inside wet and closing the waterproof case traps the moisture inside. This is when it can go to work corroding everything, but mainly the power connections, as they can get slightly warmer than elsewhere. Active detectors (the type you use while carrying around) are generally not waterproof and care should be taken to avoid getting them wet.

They get old and slow, then slow detectors down and cause issues. It helps to re-format them from time to time. For tiny zero crossing files this is usually not an issue, but full spectrum .wav files are 1000 times bigger, so speed is king. Go with class 10 and a write speed of over 120mb/s. Also, never EVER use those horrible micro SD cards in those crappy holders, you are introducing another dozen tiny connections that can fail!

If it is not working, unfastening, or responding to your presses; generally using 10 times more force is not the answer. If the microphone does not unscrew, it is probably not a good idea to use enormous pliers. When things do not work as normal, just give it a few seconds and try again. Maybe even take the batteries out, give it a few minutes and try again. Bat detector manufacturers do not have the resources of Apple or Samsung, but will always help you to get issues sorted out as soon as possible. With bat detectors, generally check for firmware updates at the start of every season, unless the product is brand new. You could also subscribe to email notifications for firmware updates where possible (Titley does this).

Requesting your kit to be checked or serviced the day before the season starts does not help anyone. Particularly, since, whoever is servicing them probably already has plenty of work to do. Sending kits to be serviced in winter gives plenty time to have them looked at and fixed. They can also have their alkaline batteries that were left inside since September removed and disposed of.

It’s that simple, just look after it. Store it in a dry place at room temperature, keep it clean and take batteries out when not in use. After use, if the case & mic are wet, leave it open with the mic still fitted for a day or two if possible. If it comes to the point you need to return something, wrap it accordingly – couriers like to damage things!

Hopefully, that helps a little to get the most out of your kit and save yourself some money in repairs. Each new product we release has improvements on the last, so progress is being made to help. Our latest will be the Chorus, which is our entry level passive detector. Its design builds further on our years of experience making and servicing bat detectors. 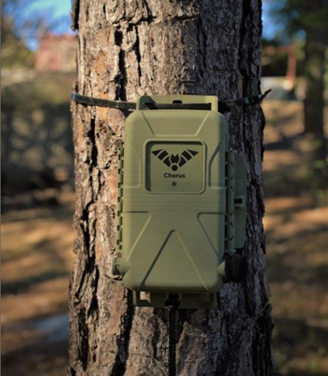 Andrew has kindly lent me a prototype Chorus to try out - I'll post some thoughts about it very soon.